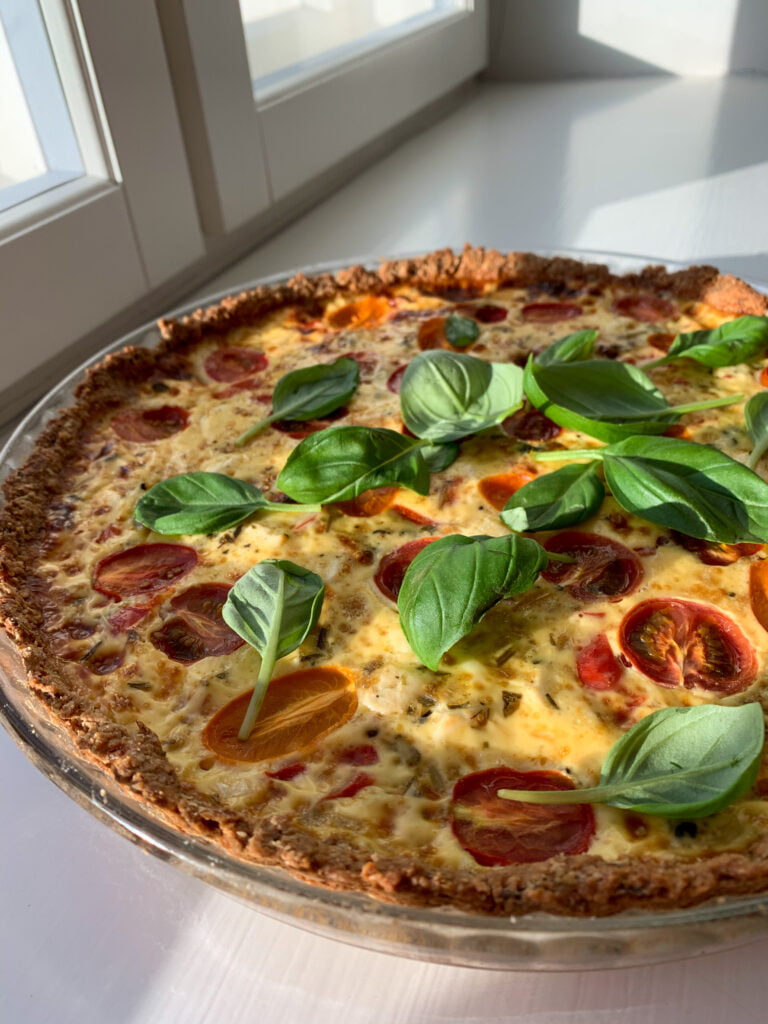 Preheat the oven to 200 degrees Celsius. Begin by making the crust. Mix together all of the ingredients for the crust in a big bowl until they come together to form an even dough. Lightly grease a pie dish (27 cm) with oil and tip the dough into the dish. Press the dough evenly into the dish, using the oat flour to help. Prick holes in the base with a fork. Pre-bake the crust in the middle of the oven for around 10-15 minutes, until it has browned lightly and the edges are crisp.

Begin to chop the vegetables and onions. Chop the onion and cloves of garlic. Cube the bell pepper and slice the cherry tomatoed in half. Finely chop the sage. Add a dash of oil to the frying pan and lightly fry the onions, bell pepper and sage for a few minutes, stirring, until they are softened nicely.

Next, mix together the cream, milk, eggs, and seasonings. Stir until you have broken the egg yolks evenly in the bowl. Spread the fried vegetable mix over the pre-baked pie crust. Sprinkle over an even layer of feta cheese cubes. Then pour the egg and milk mix into the pie dish and then finally add halved cherry tomatoes. Bake the pie in the middle of the oven for approximately 30 minutes until the filling has set and darkened in colour slightly. Leave to cool before serving, and garnish with basil.

Rooty Potato Rice is healthy and easy to prepare, plus you’re saving the planet on the side. We have created an all-round good side dish that turns any main meal into something special. You can cook it in a pan as part of a stir fry, or bake it to serve with curry. Potato Rice is really versatile.

Swapping out rice for Potato Rice is an everyday choice that really helps the environment. You see, rice needs five times more water to grow than potatoes do. That’s quite a difference.

Why do things the hard way, when it’s so easy to be good? Rooty Potato Rice – Join The Kind Side 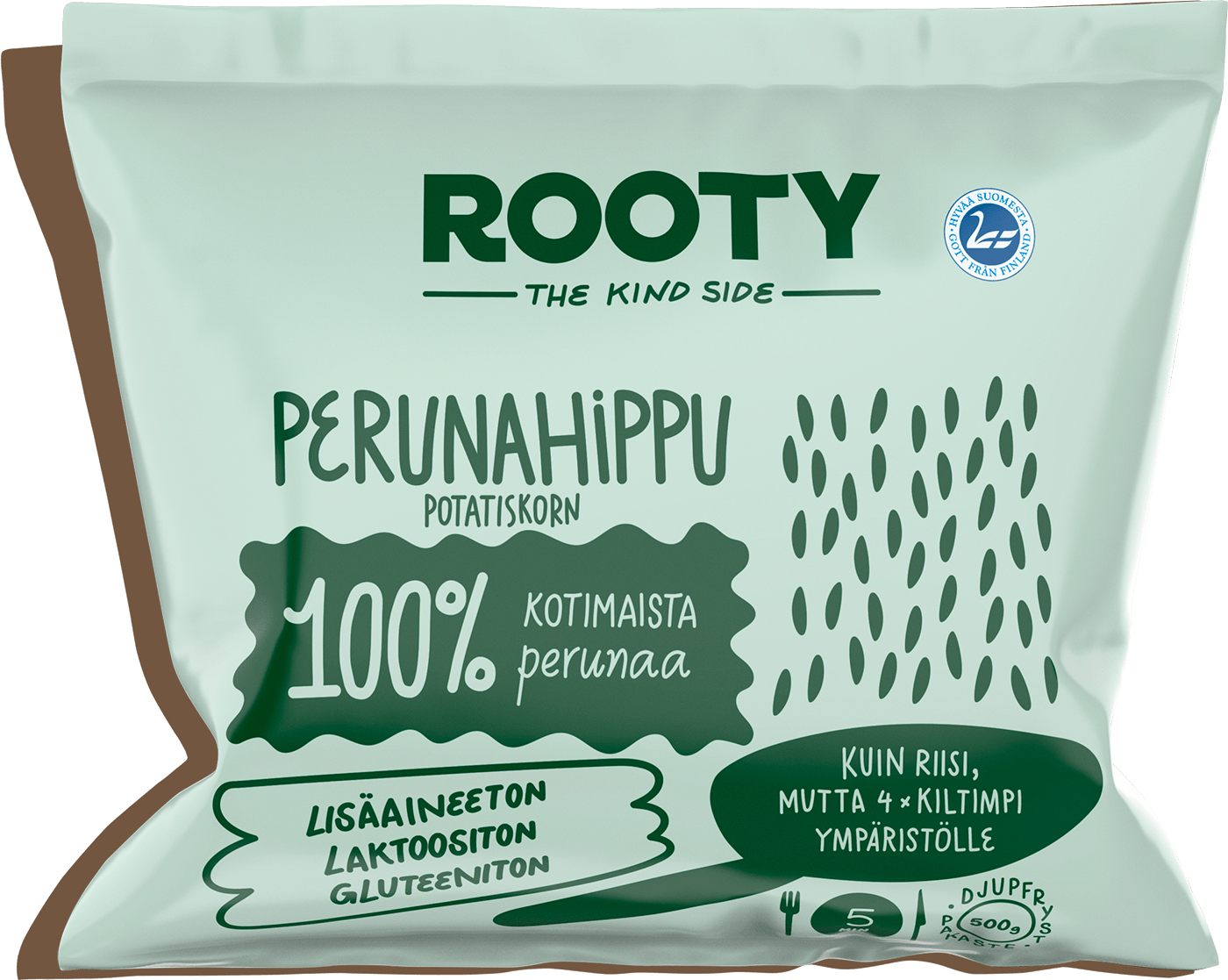 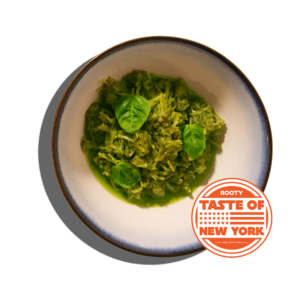 Rösti snack made from Pan Noodles 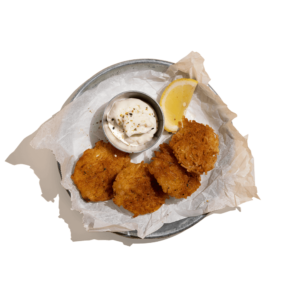 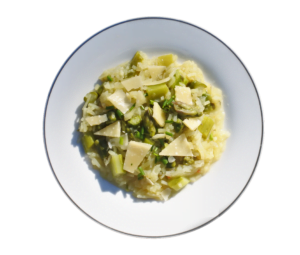 Rooty Pan Noodle and Rooty Potato Rice are modern and innovative frozen products. They are made from fresh Finnish potatoes with no additives. These new products keep their shape when boiled, baked, and stir-fried.

Rooty Pan Noodle can be used in cooking just like traditional rice or wheat noodles, or spaghetti. Rooty Potato Rice on the other hand, is just like rice, but made from potato. Both are gluten-free, lactose-free and low-carbohydrate alternatives that can be easily prepared in just a few minutes. They are great for easy everyday cooking, and perfect for consumers who value good, healthy food. Also suitable for vegans.